This 1865 Spencer Burnside Carbine is one of the Military acceptance rifles. This Particular one is Unfired & in Perfect Condition!
Both Spencer and Burnside carbines were manufactured by the Burnside Rifle Company. Spencer-manufactured models featured six-groove rifling, while those made under contract by Burnside in 1865, as well as post-war armory conversions, used three-groove rifling. Spencer carbines came into use in mid-1863 and by war’s end, they had become established as the dominant cavalry arm of the Union Army. Spencers continued to see action on the frontier during the Indian Wars. After the Civil War, Spencers were armory-modified from their original .52 caliber to accept .50 caliber ammunition. The design for a magazine-fed, lever-operated rifle chambered for the .56-56 Spencerrimfire cartridge was completed by Christopher Spencer in 1860. Called the Spencer Repeating Rifle, it was fired by cocking a lever to extract a used case and feed a new cartridge from a tube in the buttstock. Like most firearms of the time, the hammer had to be manually cocked in a separate action before the weapon could be fired. The Spencer repeating rifle was first adopted by the United States Navy, and subsequently adopted by the United States Army, and used during the American Civil War, where it was a popular weapon. The Confederates occasionally captured some of these weapons and ammunition, but, as they were unable to manufacture the cartridges because of shortages of copper, their ability to take advantage of the weapons was limited. The Spencer showed itself to be very reliable under combat conditions, with a sustainable rate-of-fire in excess of 20 rounds per minute. Compared to standard muzzle-loaders, with a rate of fire of 2–3 rounds per minute, this represented a significant tactical advantage. Many Spencer carbines were later sold as surplus to France where they were used during the Franco-Prussian War in 1870 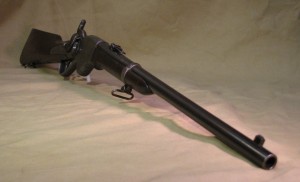 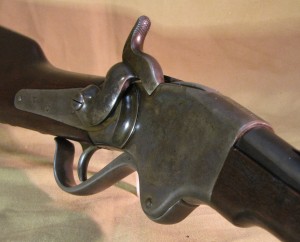 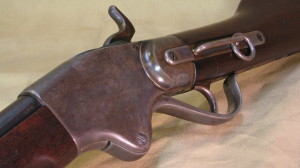 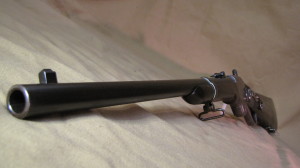 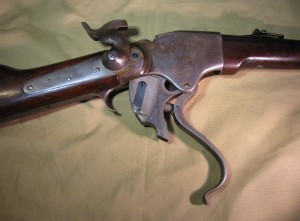 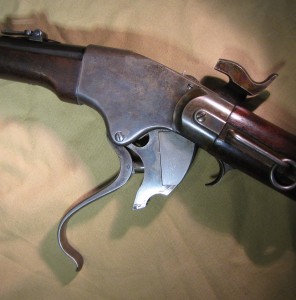 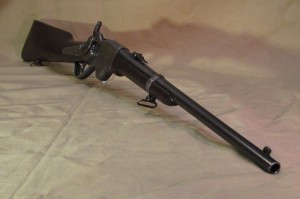